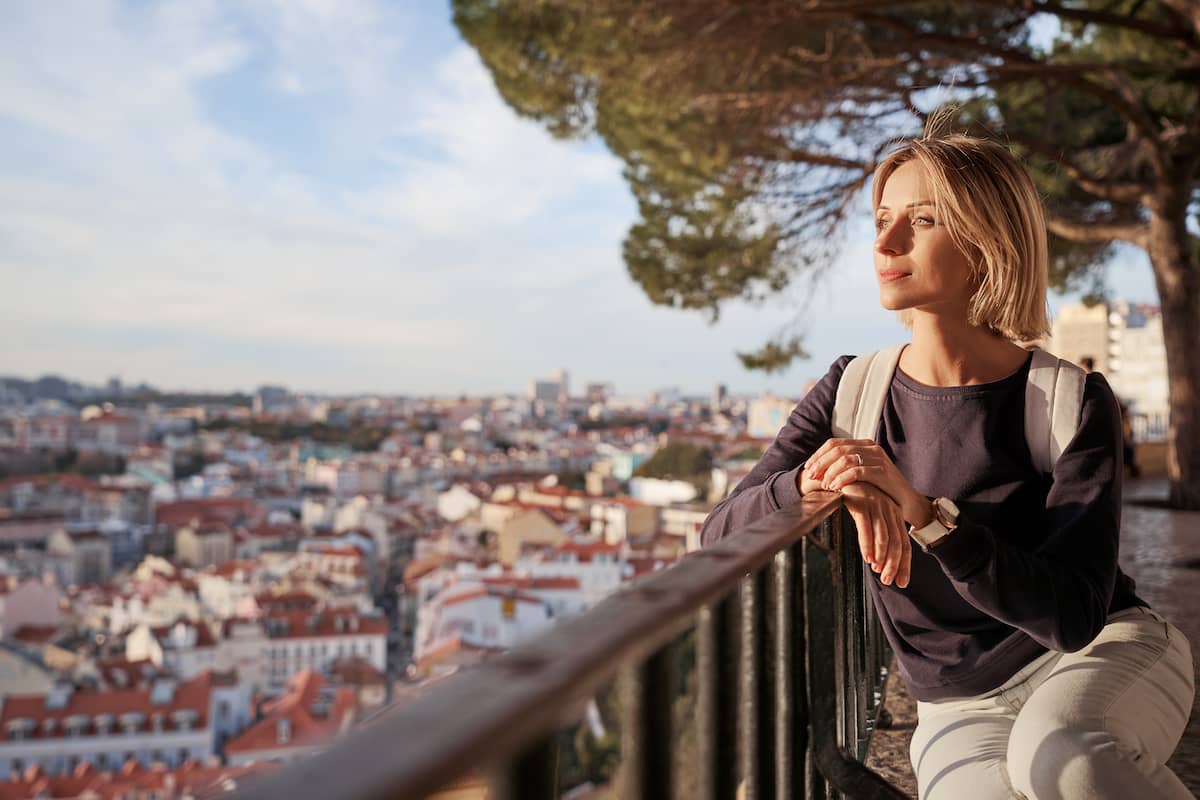 Cascais, a small beach town on Portugal’s west coast, is a former fishing village that is becoming increasingly popular with tourists looking for something different than staying in the bustling metropolis of Lisbon. Whether you visit for the day or for an extended visit, if you decide to spend time in Cascais you’ll have a wonderful trip and leave relaxed and refreshed.

Although it has a population of more than 200,000, this charming place still retains a quaint, calm atmosphere that makes it perfect for a getaway. Stay at many of the top-rated but affordable hotels and explore places like the yacht harbor, the well-kept beaches where you can play a wide range of watersports, and historic and cultural places including former castles and museums where you can learn all about Cascais’ many centuries of rich history.

Cascais is roughly 40 kilometers or about 25 miles to the west of Lisbon Airport, a far distance that makes walking an impossibility. There is also no bus route between the two locations, so your options for getting to the beach town are limited to automobiles and trains. Read further below for the pros and cons of both approaches to decide what’s best for your trip.

There are no major shared ride services operating from Lisbon Airport to Cascais, meaning it is difficult to find the types of large multi-rider vans popular at other cities’ airports. As a result, your two main options for traveling by taxi or either regular taxis or through ride-hailing apps.

For taxis, once you’ve landed and collected your bags simply follow the signs in the terminals for the many taxi stands outside. Plenty of taxis are always available throughout the day.

There are several important facts to remember when taking taxis in and around Lisbon, the first being that you’ll be charged a €1.60 for your luggage regardless of how many bags you have.

Secondly, before the taxi leaves the Lisbon airport you should agree with your driver on whether you’ll base the fare on the meter charging by distance, or on a set fare. If you choose the latter be sure to get that in writing from the driver just in case, you get an unscrupulous driver who tries to charge you more once you arrive in Cascais. If you decide to go by the meter, then it will start at €2 and increase in price the further you go. Depending on the time of day and traffic levels, you are likely to spend anywhere between €75 and €100 taking a taxi to the beach town.

Another issue with taxis is tipping — while it’s not mandatory it is considered polite to tip good drivers, so if your ride was great then tip between 5 to 10 percent of the total to the driver.

Instead of getting into a lisbon airport taxi outside the airport terminals, you can also use ride-hailing apps like Uber. To use these simply find the company’s app you want and download it. When you open it and create an account it’ll show your current destination. Simply enter your final stop in Cascais into the app and it’ll get you a driver. The benefit with using an app is that it will tell you the price of the journey upfront, and there is no way that the driver can change that fare. The downside is that it might be more time-consuming to figure out where to meet the driver than taking a taxi.

Uber has gained a massive market share in several countries by offering prices that are far lower than regular taxis, but that’s not the case in Portugal. Generally, fares are somewhat close to what you’d pay in a taxi, so expect between €75 and €100 to get to Cascais.

As you can see from the above details, taking a taxi or ride-hailing car to the town can be a somewhat expensive choice, and not always the most effective with timing. The trip can be anywhere between 30 minutes to 1 hour, so plan accordingly if choosing this option.

Because of the potentially high cost of taking a taxi to Cascais, the preferred alternative for many travelers is a ride on the subway and aboveground trains to get to the town. Expect your average journey on the trains to take at least 1 hour and 30 minutes, sometimes more.

However, taking the trains does require a bit more hassle than simply getting into a taxi, as it involves purchasing a ticket and transferring trains before reaching your destination.

But any such extra work is offset by the fact that traveling to Cascais on the rail network is significantly cheaper than taking taxis, leaving you with more money that you can use to enjoy your time in the town once you get there instead of wasting it on taxi fares.

Once you arrive at the airport and have your luggage, follow the signs for the Metro subway stop. Here you’ll have to buy a rechargeable travel card for €0.50 and add on €1.50 to pay for the fare that will get you to Cais do Sodré station — the first stop on the trip.

At Cais do Sodré get off the subway and follow the signs for the train to Cascais. They run throughout the day on a very regular schedule, so if you just miss a departing train then the next should be departing from between 20 and 40 minutes later. The fare is €2.25 for adults and €1.15 for children, which you can simply add on to your rechargeable card.

As mentioned above the entire journey with transfer should take about 1 hour and 30 minutes, but this is a relaxing way to travel because you can just sit back and enjoy the scenery, and think about all the fun adventures awaiting you upon arrival in Cascais.

A third option for getting from Lisbon Airport to Cascais is to drive, and expect this to take a similar amount of time as a taxi; roughly 30 minutes to 1 hour. Car rentals from several major companies are available at the airport. But this option has several downsides — the cost of a rental plus fuel and the stress of driving yourself means many people opt against it.

Explore Lisbon! Get inspired by recommended places to go and things to do 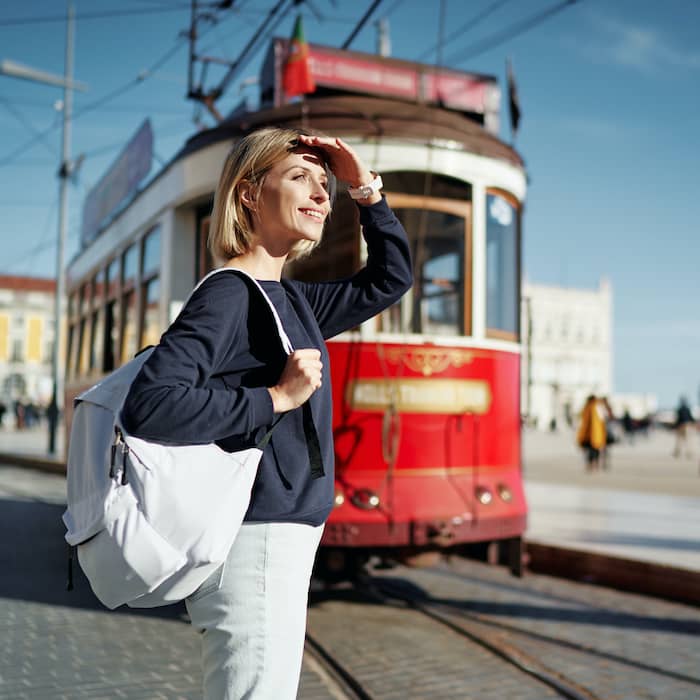