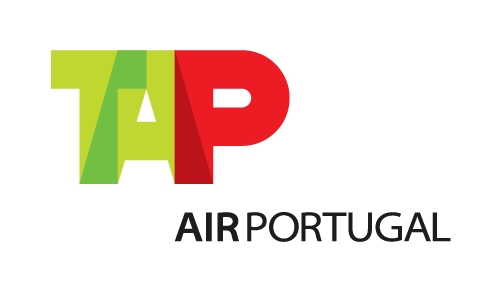 To find out what terminal TAP Portugal Airline use in Lisbon airport check the instructions on your ticket or contact to your airline.

Tourists who are planning a visit to Portugal should known about the history and current status of TAP Air Portugal, which is the official state-owned airline of the European country. If you’re planning on flying into Lisbon or another destination in the Portugal with an airport, or visiting other parts of Europe after Portugal, there’s a good chance you’ll fly with TAP Air Portugal.

There are many interesting facts to learn about the airline company, including its history, the destinations that it flies to, and its minimal accident record that previously led the company to be named western Europe’s safest airline and tied among others for the world’s safest.

A brief history of TAP Airlines

TAP Airlines launched on March 14th, 1945, as Transportes Aéreos Portugueses (translated to English as Portuguese Air Transportations). Its first-ever commercial flight took place on September 19th, 1946, with a journey from Lisbon with a Douglas DC-3 aircraft flying to Madrid.

Throughout its operation, the airline has alternated between private and public ownership, and is currently the official state-owned airline of Portugal. This makes TAP Airlines the country’s flag carrier airline, which means the government gives it preferential treatment.

The airline currently has its headquarter offices on site at Lisbon’s Humberto Delgado, also known as Lisbon Airport or by its International Civil Aviation Organization code of LPPT.

Another part of the company is TAP Cargo, who provides freight aircraft services around the world. The airline does not have its own fleet of aircraft to carry cargo but does sell the ability to use freight storage on its passenger aircraft, and also relies on cargo aircraft operated by other airlines in Belgium London, Germany, and Senegal so that it can transport items.

TAP airlines originally had a museum dedicated to the airline’s history on the site of Lisbon airport. The idea for the museum was established in 1978 and it was ultimately opened on March 14th, 1985, to coincide with the 40th anniversary of TAP Airlines. But the museum soon ran out of space for all of the exhibitions that the airline wanted to display, and so a new museum known as the Museu do Ar (translated as Air Museum) opened in the Sintra municipality in Lisbon’s Greater Portugal region on January 29th, 2010. Exhibits include flight simulators, about 40 aircraft and their engines, and a number of other attractions.

TAP Airlines has one of the best safety track records of all global airlines, and has only ever had one fatal accident which occurred on November 19th, 1977. The airline’s Flight 425, a Boeing 727, was approaching Madeira Airport in Spain and unfortunately crashed while it attempted to land on a runway during heavy rainfall. The aircraft had a delayed touchdown and then overran the relatively short runway, hitting a nearby beach and breaking up before erupting in flames. The flight was carrying 174 passengers and just 33 people survived the accident.

As a result of the accident, airport officials in 1983 launched a project to extend the length of the runaway by 200 meters (or about 656 feet) and the work was completed in 1986. A further extension took place in 2000 that brought the total runaway lengthy to 2,781 meters (or about 9,124 feet) so that it could handle landings by Boeing 747s and other large commercial jets.

TAP Airlines has otherwise had an exemplary safety record, and in January 2011 it was named the safety airline company in western Europe by the Jet Airliner Crash Data Evaluation Center, or JACDEC, which produces a safety index rating global airlines on their safety records. The JACDEC also ranked the airline as fourth safest win the world along other airlines.